The 14th China Conference on Knowledge Graph and Semantic Computing (CCKS) was held in Nanchang, Jiangxi, from November 12th through the 15th under the theme "Knowledge Graph and Cognitive Intelligence." Renown scholars from domestic and overseas colleges such as the Chinese Academy of Sciences, Tsinghua University, Peking University and Stanford University; and technical researchers from industrial enterprises such as Huawei, Meituan, Ant Group, Tencent, JD and ByteDance attended the conference and shared the latest development trends and practical experience so as to promote cooperation among industries, universities and research institutes. As a strategic partner of the CCKS, GTCOM presented its application of knowledge graph in areas such as financial regulation technology, technology-related big data and the digital city brain. This CCKS session was sponsored by the Technical Committee on Language and Knowledge Computing of the Chinese Information Processing Society of China. Given the underlying theme, there was intensive discussion of key technologies and applications in language understanding as well as knowledge acquisition, application and reasoning in the context of big data. The gathering consisted of academic workshops, invited lectures on the conference, industrial forums, evaluation and competition, review of top knowledge-graphing summits, explanation of demonstration posters and reports on academic papers.

Lu Ruqian, an academician from the Academy of Mathematics and Systems Science of the Chinese Academy of Sciences, delivered a report titled "A Study on Developing Supporting Platforms for Knowledge Graphs." In his report, Lu reviewed the current research status of the supporting platforms of knowledge graphs by academia and enterprises, covering the various systems that supported knowledge graphs, such as Heaven Steed, AISWare, OpenKN, CN-probase and xlore as well as common knowledge-graphing frameworks such as the four-component framework (data, knowledge, service and application), three-component framework and so-called Lone Ranger framework. Additionally, Lu introduced the HAPE (general knowledge-graphing platform) independently developed by his team, providing information on its design idea, concept of major knowledge systems, KScript scripting language and Big-Cons (knowledge components, process components, connection components, transit components and shelter components).

In the report titled "Thinking with the Body and the World," Stanford University Professor Barbara Tversky elaborated on the way humans understand the world as well as the history of evolution from aspects such as the cognitive mechanism, spatial thinking and gestural interaction. Additionally, Prof. Tversky revealed the essence of knowledge from the most fundamental human cognitive psychology, thus providing guidance for the development of a better knowledge system.

Dr. Li Hang, director of the Artificial Intelligence Lab of ByteDance Limited, emphasized the development history of language models and his team's corresponding innovation. Dr. Li stated that language models are an important approach to natural language modeling on the basis of probability, statistics, information theory and machine learning. He added that language models, in combination with deep learning, demonstrate powerful capability in the contexts of expression and learning, which can ultimately enhance the accuracy of natural-language processing. Dr. Li concluded his lecture with a detailed introduction to his lab's Soft-Masked BERT and the AMBERT models. He analyzed their innovative features and depicted his outlook for the future development of language models. 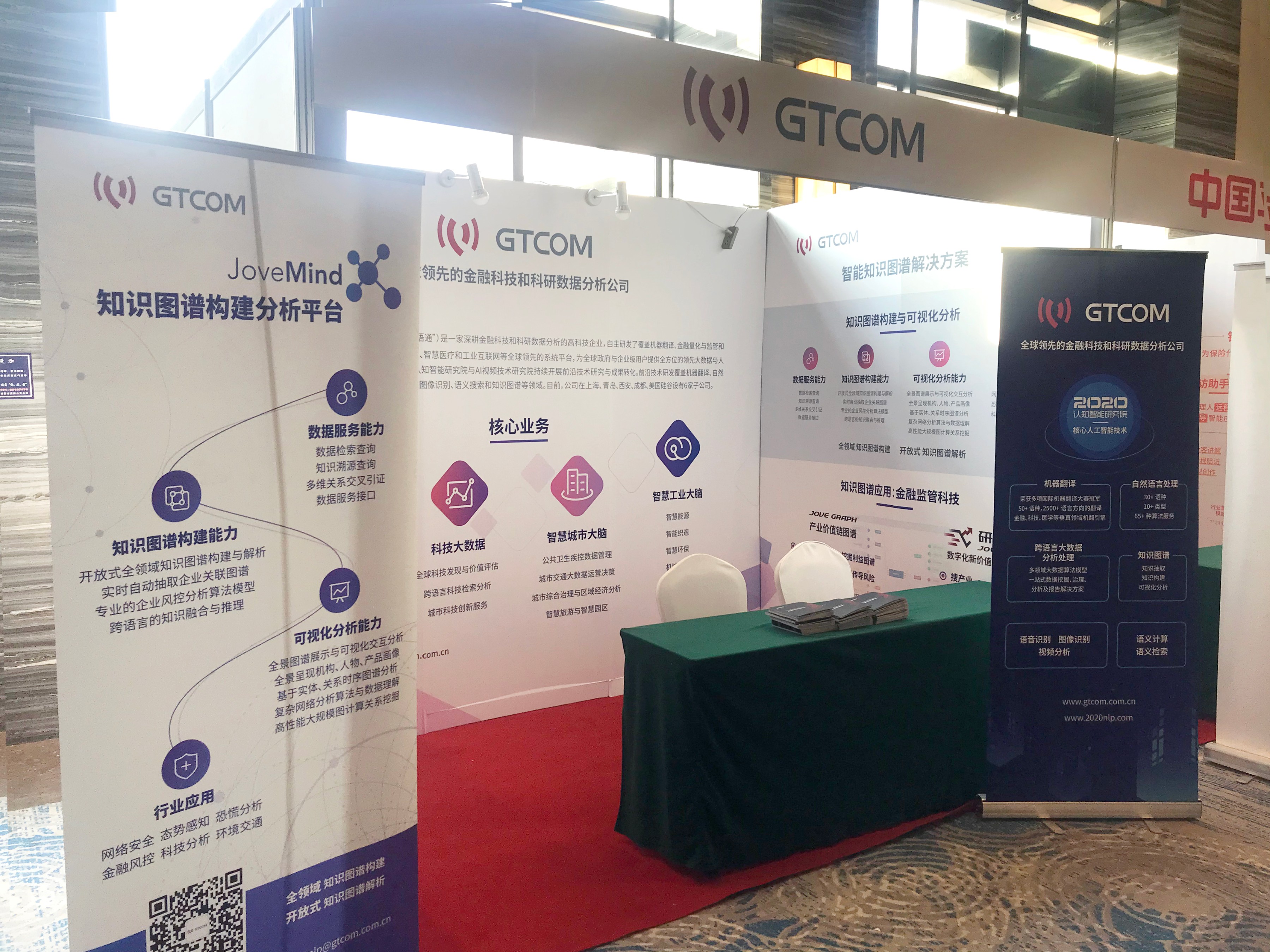 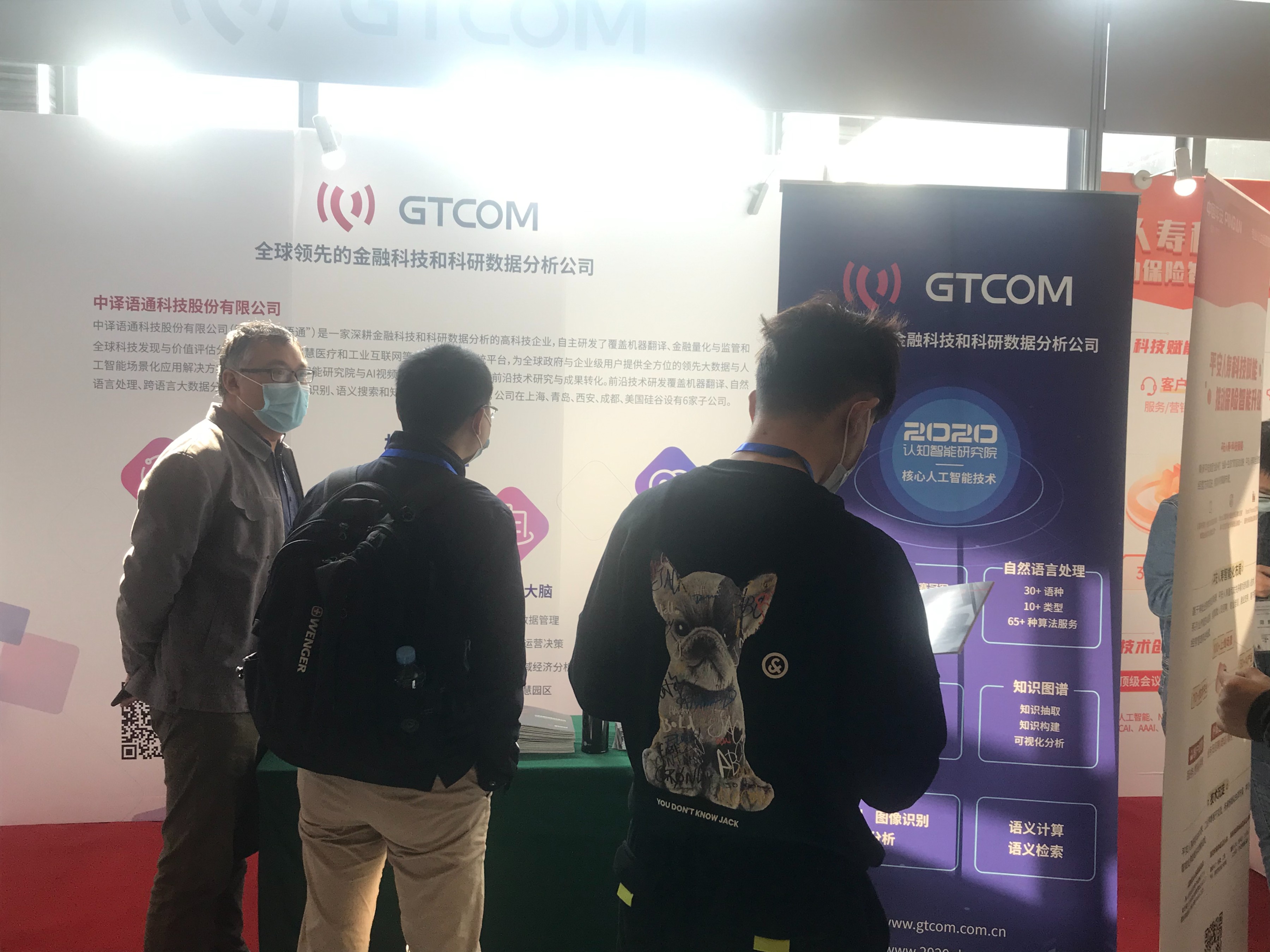 GTCOM, in a demonstration of its achievements in knowledge graph, displayed its industrial solutions and their applications in regard to financial regulation technology, technology-related big data and the digital city brain. The solutions were developed based on AI approaches such as deep learning, machine translation, natural-language processing, semantic computing and information extraction in addition to knowledge fusion, completion and storage, ontology construction and logical reasoning.

In regard to financial regulation technology, by combining the knowledge graph technology with data of the industry chain and supply chain, document data from research reports, white papers as well as consultation reports, and global alternative data, GTCOM has constructed a financial regulation technology platform with which to analyze the value profile of a given enterprise as well as its industry in overall scenarios from perspectives such as the industry location, market scale, capital structure, related-party relations and competitive relationships, and serve financial regulation, investment attraction of governments, bank credit assessment, financial investment and enterprise development. In the area of technology-related big data, based on the technology knowledge graphs, the product of GTCOM could evaluate enterprise's technology innovation value based on four indices, namely technological innovation, enterprise stability, investment risk and market influence, which will help governments and investment institutions identify advantageous enterprises and elites in target industries so as to enhance the efficiency of industrial investment attraction and investment. In the area of the digital city brain, knowledge graphs have been applied to disease control and public health management, urban administration, regional economic analysis, the smart industrial brain and the creation of smart industrial parks.