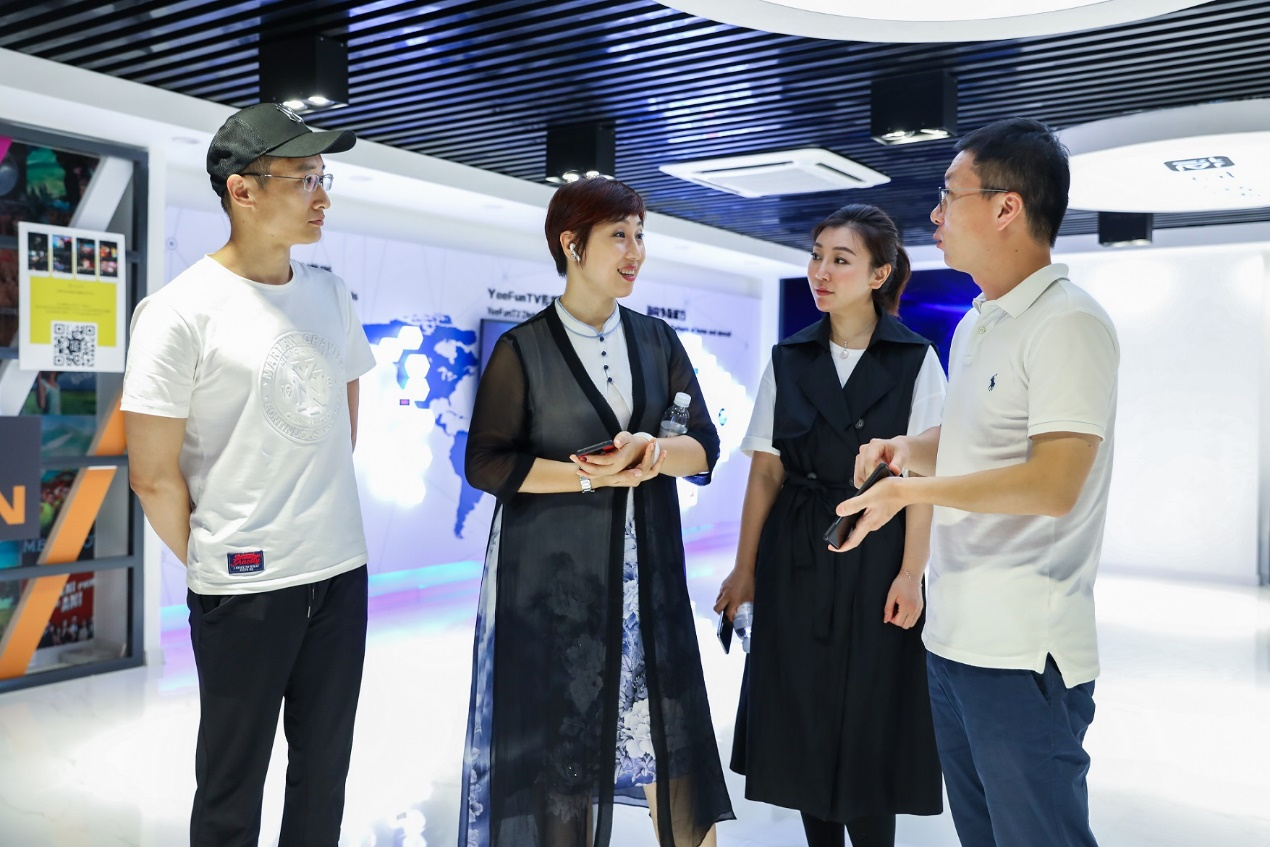 Cikey Wang introduced the strategic positioning and development advantages of GTCOM Digital Media and Entertainment at first, with an expectation to identify integrating points of business and achieve in-depth cooperation through the meeting. Subsequently, Mr. Wang gave a detailed introduction to the company's development status as well as its business layout. Integrating cutting-edge big data and AI technologies of the company as well as abundant channels of copyright and content talent resources, GTCOM Digital Media and Entertainment marks an important step of GTCOM toward innovative presence in the content industry. The company has, throughout the two years since its founding, focused on video copyright and video technology, by which it has established a "big video industrial ecosystem" that encompasses copyright operation and transaction, R&D of AI video technology, a short-video live streaming base, video production and distribution, IP incubation and development and other activities. Moreover, the company has been accepted by Taobao, TikTok, Kuaishou, WeChat Highlights, Weibo and other major platforms as a delegated service provider. Its long-term partnerships cover AlibabaDigital Media &EntertainmentGroup, Tencent Video, Glory Manna, MOKO and other leading enterprises.

Deng Bowen stated that GTCOM Digital Media and Entertainment was innovative in exploring AI video technology and that its prospects for application are promising. Deng hoped that the two companies would jointly explore innovative application of AI video technology in the fields of cinema and television. It is acknowledged that IMOCC is a renowned domestic producer of professional media contents and a provider of brand marketing service with creative vision as the orientation. Its core business includes creative production of cinema and television, 3-D animation production, recording of large TV programs, and live broadcast of press conferences. So far, the company has produced hundreds of commercials, videos of images of cities and enterprises as well as several large television documentaries, including the Interpreting Shanghai, Architectural Beauty of the Forbidden City, and the Building and Maintenance History of the Forbidden City. It has served hundreds of governmental departments, Fortune China Top 500 enterprises and listed companies.

Deng Bowen, the founder of IMOCC, receives an introduction to the core business pattern of GTCOM Qingdao

The two companies reached an agreement for further cooperation at the meeting. They expressed their wishes to jointly explore in-depth empowerment in the field of cinema and television with AI video technology, continuously enrich creation capabilities by making use of overseas copyright materials, and advance the high-quality and intelligent development of the film and television industry in the future by integrating the advantages of GTCOM and its affiliates in AI video technology, copyright video materials and content distribution channels as well as the advantages of IMOCC in terms of creative content production, recording and live broadcasting of TV programs.