GTCOM won first place for each of three language pairs and second place regarding another language pair in the Conference on Machine Translation (WMT 2020) held by the Association for Computation Linguistics (ACL). It was another success for GTCOM, which also took the crown with multiple language pairs in the WMT 2018 and WMT 2019 competitions. 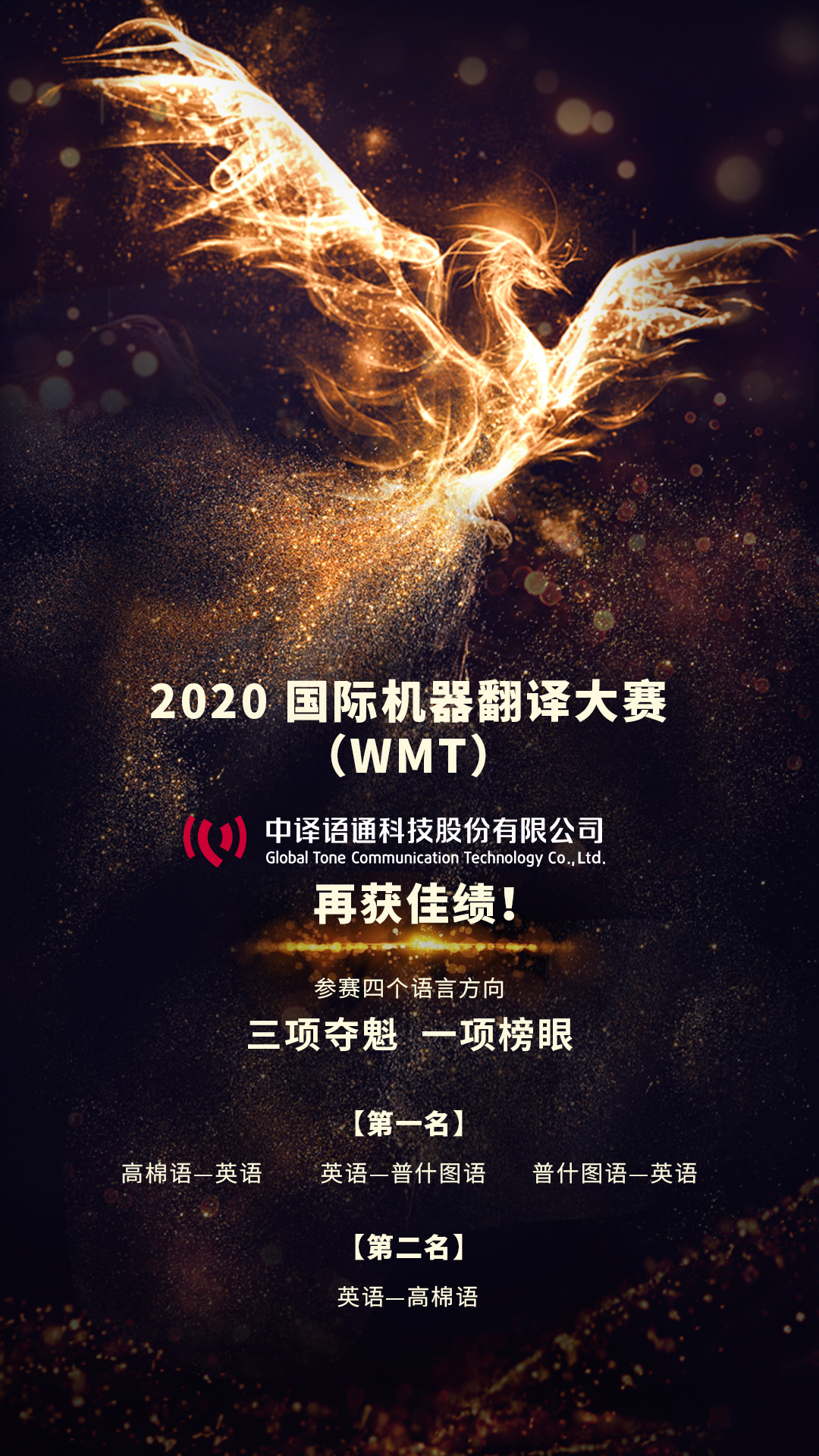 WMT, otherwise called the Conference on Machine Translation, is acknowledged by the global academic community as the premier international competition of machine translation. In 2018, GTCOM participated in the English-to-Chinese pair machine-translation competition and outperformed the other eight teams from around the world, winning the first place. In 2019, fierce competition was launched among more than 60 teams from around the world. GTCOM took part in the assessment of six language pairs and won two first places in machine assessment and three first places, one second place and two third places in manual assessment. In terms of the number of champions, GTCOM, Microsoft Research Asia (MSRA) and Facebook tied for the top spot among a global gathering of teams.

It's worth mentioning that the outstanding machine-translation performance achieved by GTCOM does not stop here. In the previous International Workshop on Spoken Language Translation (IWSLT) 2017, GTCOM had demonstrated its great potential in machine translation. At that time GTCOM had taken 16 championships from among 20 language pairs in the competition. In December 2019, by virtue of remarkable success GTCOM was awarded "Key Tasks in the Innovation of the New Generation of AI industry" by the MIIT, responsible for national technology research on "Multilingual Machine Translation System."