"Looking ahead, we believe GTCOM will stand at the forefront of scientific and technological innovation thanks to continued focus on the uniqueness of the company's business development. In addition to a focus on input, output and benefit as the primary principle, mutual discussion is necessary in order to increase those benefits. Thus, the path of high-quality development should be continued." In the business meeting held by Global Tone Communication Technology Co., Ltd. (hereinafter referred to as "GTCOM") from June 19, 2020 to the morning of June 20, 2020, Pan Kaixiong, vice president of China Publishing Group Corporation (CPG), affirmed the company's achievements in development and made some proposals on the company's development and corporate governance. According to Pan Kaixiong, after several years of constant innovation and exploration, GTCOM has entered a period of self-adjustment, developing from scratch into a technological innovation-based enterprise with genetics ranging from language to language technology. He expressed hope that in the future, the company can stay focused and grasp the following points: First, the company should adhere to the language and language technology genes. Behind the language is the thinking, which reflects the uniqueness and openness of the company. Second, it should adhere to scientific and technological innovation. The company's business should always focus on cutting-edge research and development. Third, the company should adhere to enterprise attributes and the principle of refraining from doing some things in order to accomplish other things. While focusing on input and output, we should act within our capability and give priority to benefit. Fourth, it should improve corporate governance, strengthen compliance and risk management while optimizing the mechanism for distribution. Enthusiasm should be encouraged among all cadres and employees in the company. On learning that the company's business performance in the first half of this year is expected to exceed the same period last year, Pan Kaixiong was pleased and said: "This is not just a reward for the staff's collective effort to overcome the impact of the pandemic. It is also recognition for the initial result of the company's focus on business adjustment during the past year."

Huang Song, the executive director of CTC and chairman of GTCOM

"GTCOM is still in the startup stage, and improving its liquidity is the primary task at present and for some time to come." At the meeting, Huang Song, the executive director of China Translation Corporation Co., Ltd. (CTC) and chairman of GTCOM, made comments on the company's development tasks and management principles.

Huang said the meeting will focus on three aspects: reviewing the past, starting with the present and looking into the future. Of course, GTCOM is still in the start-up stage, and consequently its R&D and application are both encouraging and challenging. The positive side is that the underlying technology is developing in the right direction, which can convert ideas into products and services, and machine translation is at the world-class level. The worrisome side is that the ability hasn't reached the expected level. Thus, the need to enhance the liquidity of scientific research will be an essential task for some time to come. All business activities should be conducted on the basis of the benefit-first principle. Emphasis should be placed on input, output and the payback period during operations with awareness of the four levers: what to sell, who to sell to, how to sell and how much to sell. In the process of operation and management, performance appraisal should be strengthened and both incentives and constraints should be emphasized. It is hoped that the management team can reach a consensus through the exchange and discussion of this meeting and thereby form a joint force for development. 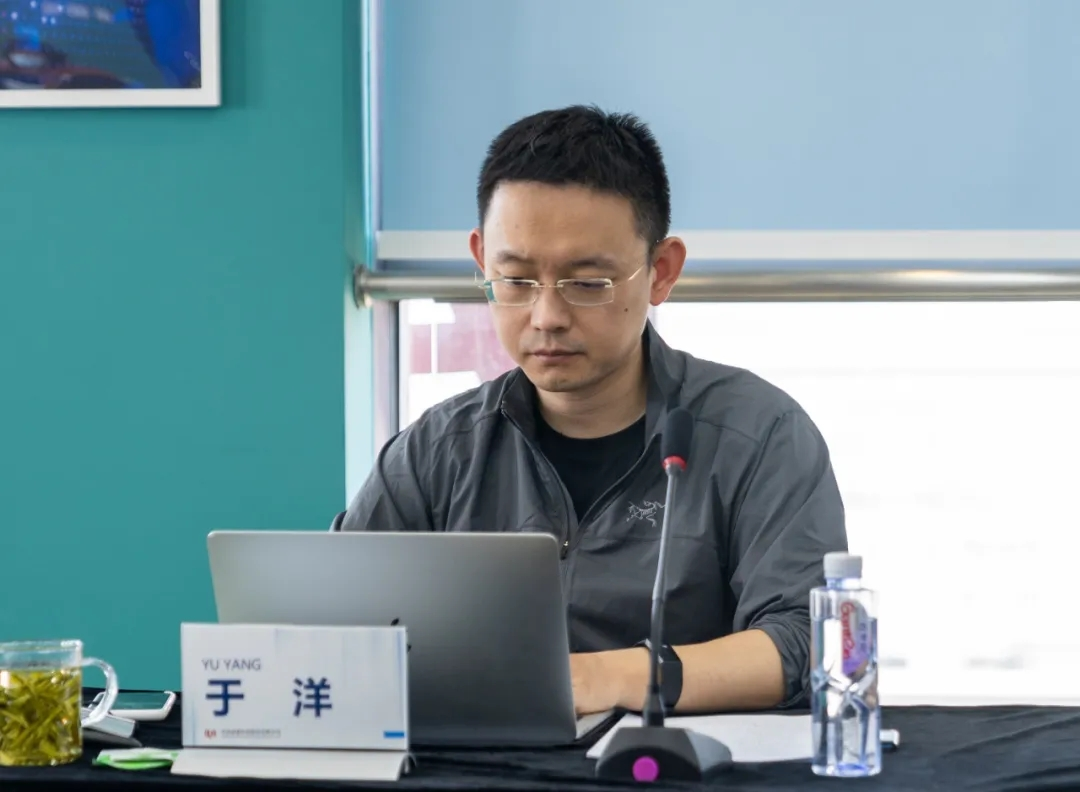 Eric Yu, the general manager of CTC, and vice chairman of GTCOM

According to Eric Yu, the general manager of CTC and vice chairman of GTCOM, it is a gradual process from R&D to the realization of large-scale returns from scenario-based applications, and it is also a process of deepening our understanding of the market and technology. We need to drive R&D through market feedback on real customer needs. We need to improve our understanding of technology in the process of exploring more scenario-based applications and strengthen the synergy between market sales and R&D. During the past three years, considerable attention has been given to machine translation, knowledge graph and fintech in R&D. Thus, the related technology has achieved scale returns and helped confirm the company's direction of strategic development.

The year 2020 is part of an important era. Given the gravity of the situation at home and abroad--which has exceeded what anyone might have imagined--we should be ready to respond to all kinds of changes and uncertainties. Mr. Yu said the company will, in the future, focus on fintech, scientific research data and other strategic developments as it builds and improves the technology and business ecosystem. This will be a great undertaking for the next two or three years, so as to consolidate the leading advantages in the industry. With the implementation of major projects, we always give priority to efficiency and quality while respecting the need for cost control, compliance and risk management. Additionally, Mr. Yu outlined the company's priorities for the next step. 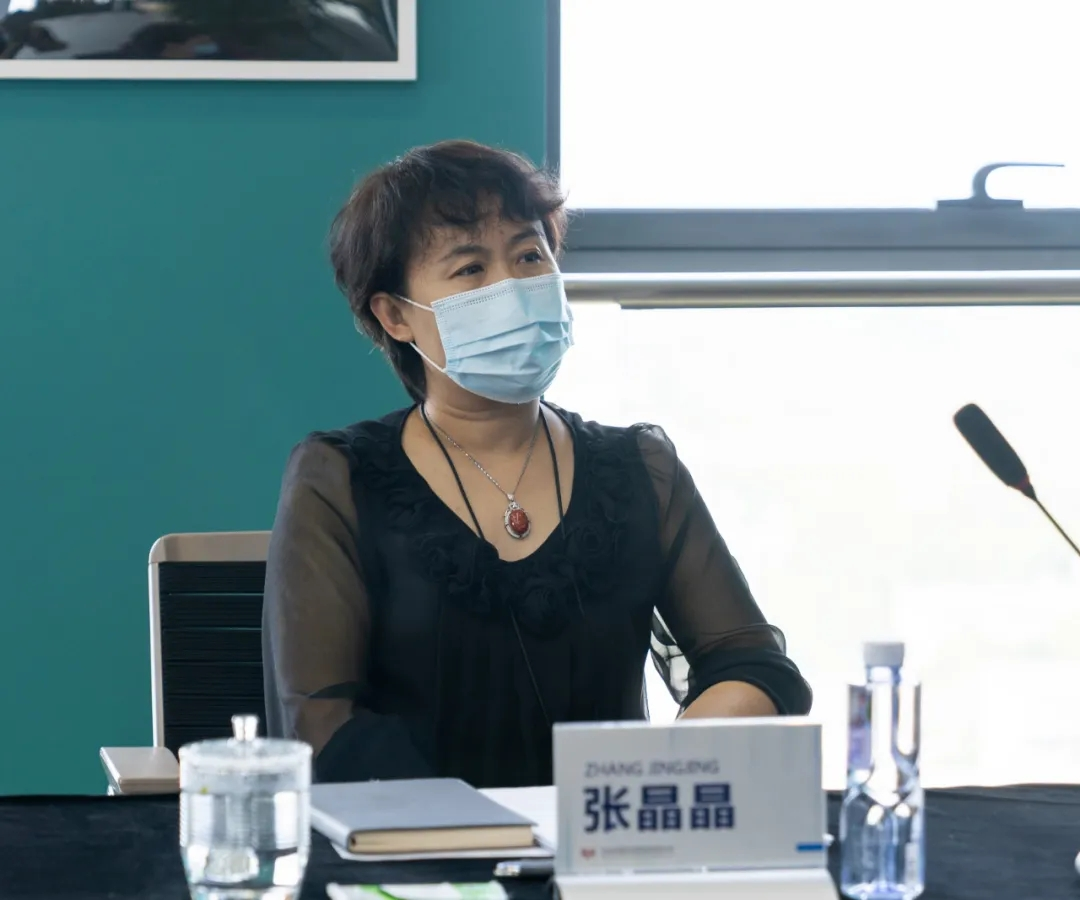 Zhang Jingjing, the deputy general manager of CTC and chairperson of GTCOM's Supervisory Board

Zhang Jingjing, the deputy general manager of CTC and chairperson of GTCOM's Supervisory Board, spoke on the theme of internal control. "We will introduce a new auditing mechanism and strengthen personnel training in order to help departments and subsidiaries improve their awareness and behavior regarding product research and development, input and output. I hope you'll make full use of the professional knowledge from the company so as to enhance our management ability with respect to finance, taxation, internal control and so on. Together, we'll ensure a bright future for the company and its development."

The management team members, including GTCOM's acting CEO Cikey Wang, CTO Cheng Guogen, Vice Presidents Elena Zhang, Xia Jianjun, Elisa Chai, Mark Wang and other subsidiary business leaders, engaged in work reporting and thematic discussions on their respective business sectors. R&D was a key topic at the meeting. CTO Cheng Guogen analyzed the process of research and introduced the company's existing technical architecture system. He stated that GTCOM has devised a technology system on the basis of language technology with machine translation as the core, knowledge-graph technology based on global data, big-data application in finance/technology/security and related technologies. Given the development of the company's business, the company's R&D has been expanded, thus providing the comprehensive technical support needed for the company to become a global leading fintech and research data analytical company. 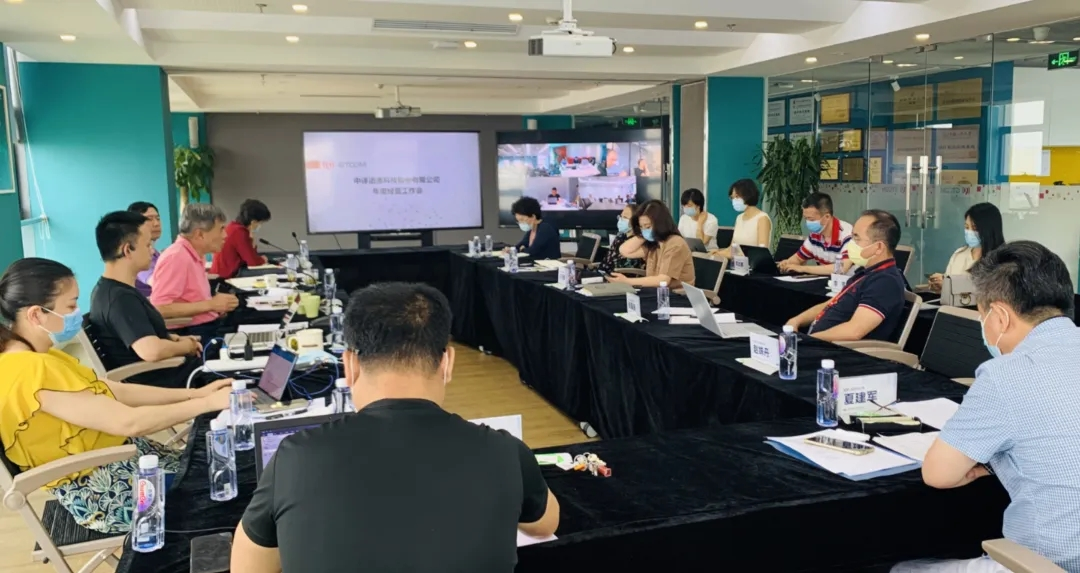 Language connects the people of the world, and data envisions the future. The conference encouraged all participants to muster the strength to overcome difficulties together and pool their wisdom to ensure bright prospects. The business meeting not only reviewed the company's past business management but also made the company's future development direction clear for all to see. In the future, GTCOM will strive to achieve high-quality development and progress toward strategic goals.