The 2020 LBDA Council Meeting Is Held in Beijing, Welcoming Seven New Members from the Publishing Industry

On December 27, the 2020 Language Big Data Alliance (LBDA) Council Meeting was held online. Over 30 representatives from members of the LBDA Council were invited. Huang Youyi, co-chair of the LBDA, former deputy director of the China Foreign Languages Publishing Administration (CFLPA) and chairman of the China National Committee for Translation & Interpreting Education (CNCTIE), and Huang Song, co-chair of the LBDA, CPC Committee secretary and executive director of China Translation Corporation (CTC) and chairman of GTCOM, attended the meeting and delivered speeches. Eric Yu, secretary-general of the LBDA, general manager of CTC and deputy chairman of GTCOM, reported on the work summary for 2020 and work plan for 2021. At the meeting, one of the highlights was the inclusion of seven publishing companies as new members of the LBDA. The new and old members had a heated discussion. The meeting was chaired by Elena Zhang, vice president of GTCOM. 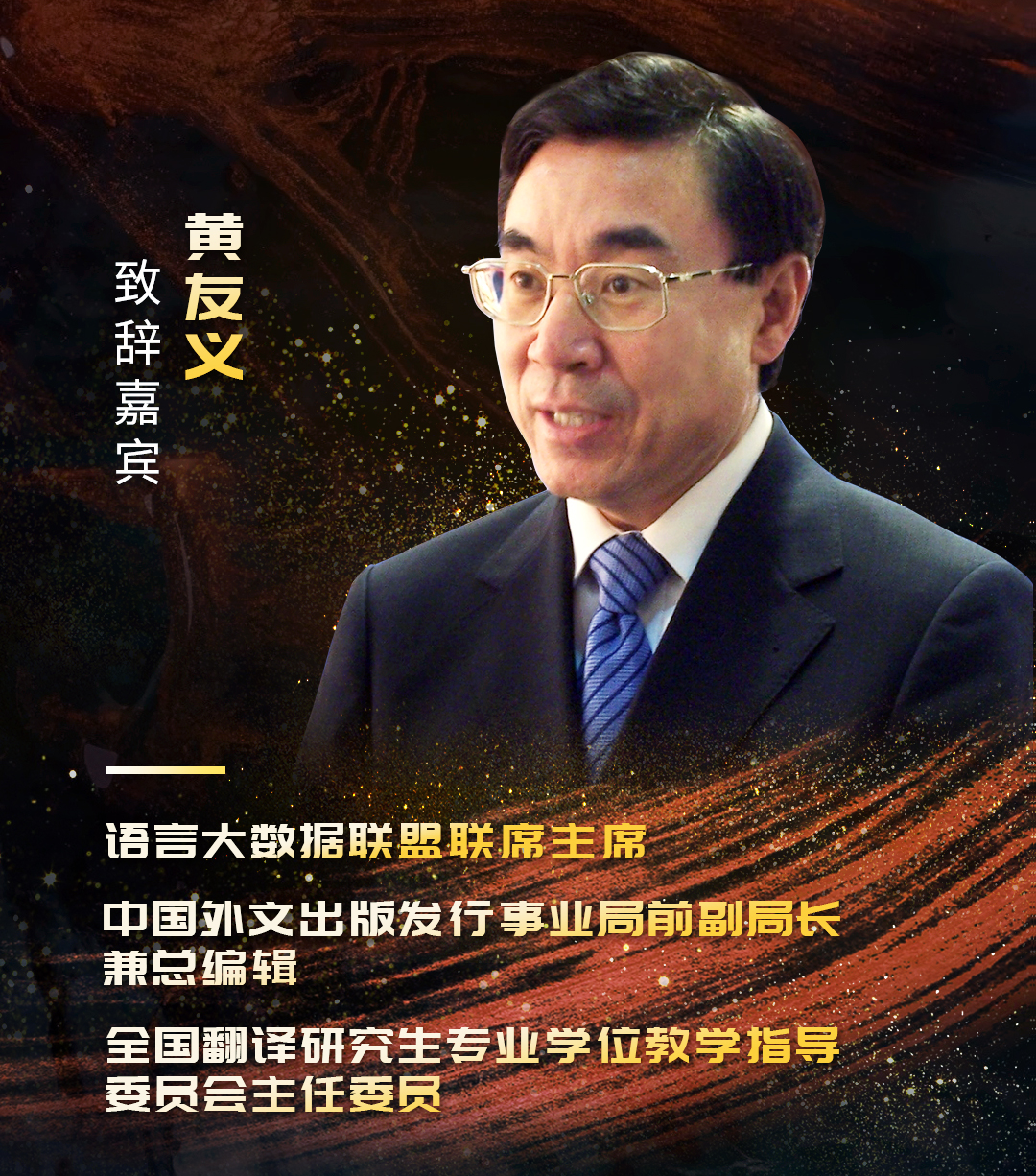 Huang Youyi, co-chair of the LBDA

Mr. Huang Youyi, in his speech, paid tribute to the teachers on behalf of more than 200 LBDA universities, and he thanked them for their hard work during the COVID-19 pandemic. According to Mr. Huang, although the LBDA faces many difficulties in its work due to the pandemic, all members have been responding actively. An important issue for the Council is the encouragement of publishing houses to join the LBDA as members. It is very likely that publishing houses will generate sparks through interaction with universities, Mr. Huang said, as there is considerable room for cooperation between the two from perspectives including talent and content. As for the future development of the LBDA, Mr. Huang expressed the hope that in addition to accelerating the development of language intelligence and big-data intelligence, the LBDA would also attach importance to the transformation of results. The language intelligence products and big-data products generated in school-enterprise cooperation should provide language intelligence services for universities and society. At present, China's language intelligence services are still in the stage of single-point breakthroughs in scattered fields, thus requiring close integration among industries, universities and research institutes as well as constant optimization through theoretical innovations by schools and technological innovations by enterprises. The Guangdong-Hong Kong-Macao Greater Bay Area, new infrastructure and other projects have brought opportunities to universities and enterprises. It is hoped that the LBDA will ride the east wind farther and faster than ever before. Huang Song, co-chair of the LBDA

Mr. Huang Song shared in his speech his belief that the new members from the publishing industry would bring new energy to the LBDA. Regarding the work of the LBDA, he pointed out that during the pandemic, the LBDA actively assisted universities in resuming education and work, and conducted the demonstration or implementation of many joint projects. According to Mr. Huang Song, the LBDA will further improve its internal operating mechanism, pursue the concept of empowering the education industry with language technology, deepen international exchanges, establish industry clusters with deep cooperation among governments, industries, universities and research institutes, and achieve the leapfrog development of the LBDA's resource sharing from many for the achievement of excellence. Thus, the LBDA will continue to strengthen the in-depth integration and innovative development of information technology and language, and build a new blueprint for the future of the global language and education industry. Eric Yu, secretary-general of the LBDA

The LBDA was established five years ago, in 2016, and by 2020 the number of members reached 247, including 207 domestic members and 40 international members. At the meeting, Mr. Yu gave a detailed report on the work performed in 2020 along with the work plan for 2021.

Mr. Yu mentioned that the LBDA Secretariat updated the list of member universities and recognized the advantageous disciplines of the universities and the directions of future cooperation; strengthened contacts with international members to timely learn about their needs and provided support through multiple channels; organized construction of a "COVID-19 medical corpus," international think tank tracking during the pandemic, Chinese cultural translation and other projects, solved the problem whereby students were unable to participate in on-site internships. Additionally, it trained students in corpus use, machine translation, cross-language big-data analysis and other technologies; assisted in the use of advanced video conference simultaneous interpretation systems for online lesson teaching to international students of universities who could not return to their schools, and carried out medical big-data projects with several universities; and visited universities when the pandemic was mitigated.

According to Mr. Yu, in 2021 the LBDA Secretariat will further increase the types of members; develop members in translation, media, the Internet, industry and other sectors; achieve a closed-loop industry chain within the LBDA, and promote resource sharing and cooperation between the LBDA universities and different sectors. Moreover, it will add internships and training programs in the LBDA; effectively make speaking tours to one university, several universities and universities in one region; conduct joint projects with some universities in a targeted manner for the purpose of improving the scientific and technological capabilities of the universities to empower ordinary universities with the scientific and technological capabilities of the LBDA.

The invitation of publishing companies to join the LBDA remains an important task of the Council. Mr. Yu said he was optimistic that it would encourage interconnections among publishing companies and universities while promoting the practice of resource sharing and mutual cooperation. Representatives of the new members spoke at the meeting, sharing their ideas and expectations for platform cooperation. 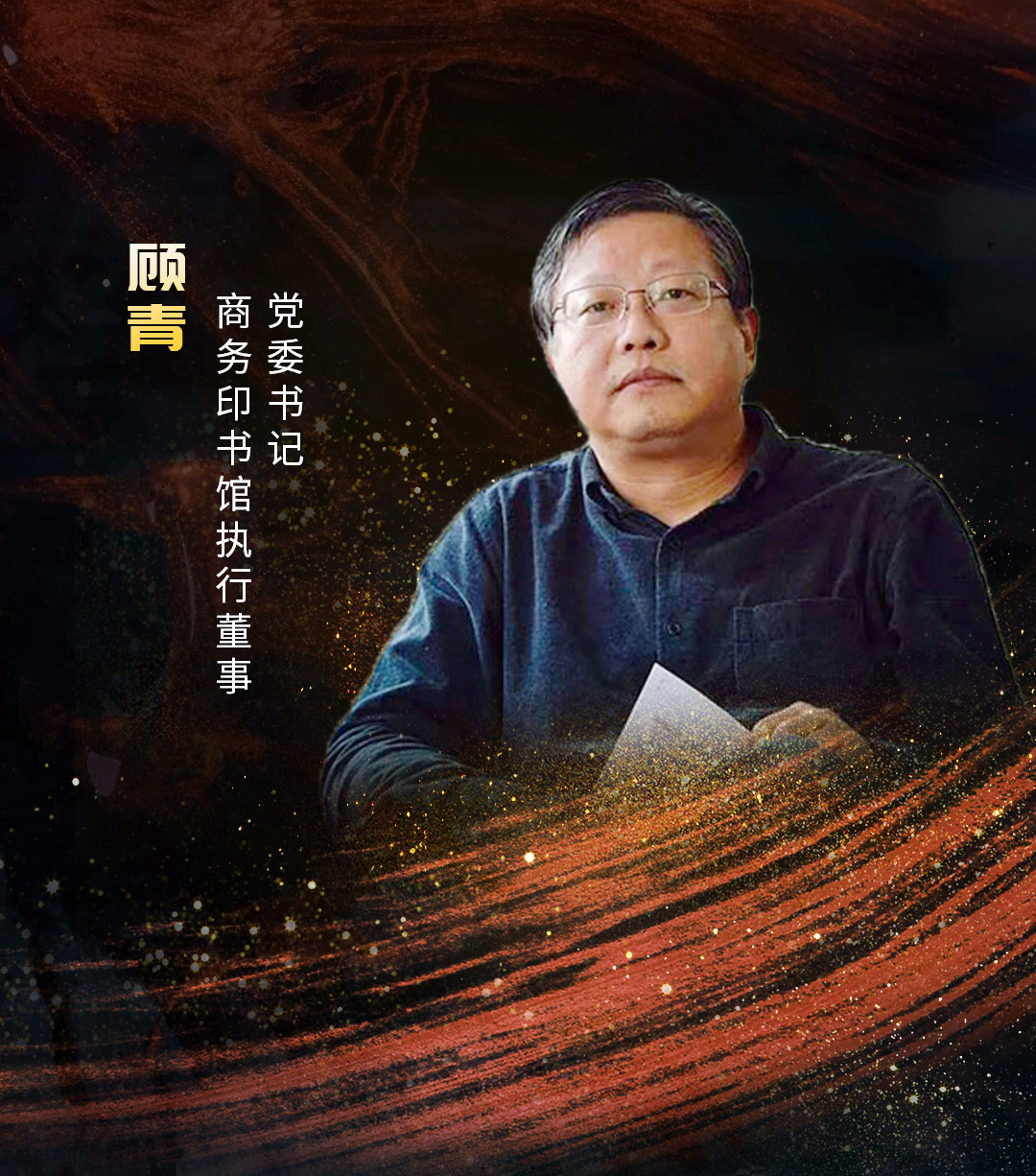 Gu Qing, CPC Committee secretary and executive director of the Commercial Press, asserted that translation is the top priority in the publishing work of his company, particularly in academic publishing. He expressed hope that the translation team will continue to grow through the LBDA platform. The Commercial Press is also willing to provide an internship and training platform for university students. The construction of a language big-data database, together with the Chinese and Western academic database of the Commercial Press, can also benefit from the platform. Mr. Gu expressed optimism that the industry and profession will fully integrate so as to expand the industry chain and invite new breakthroughs in translation work. According to Wu Liangzhu, president of Modern Press, classic literature needs excellent translation. He expressed hope that Modern Press will work closely with universities to improve the translation quality of publications. In internationalization, Modern Press has a number of national publishing projects. It hopes to have closer exchanges and cooperation with the members of the LBDA, so as to publish excellent domestic resources abroad. 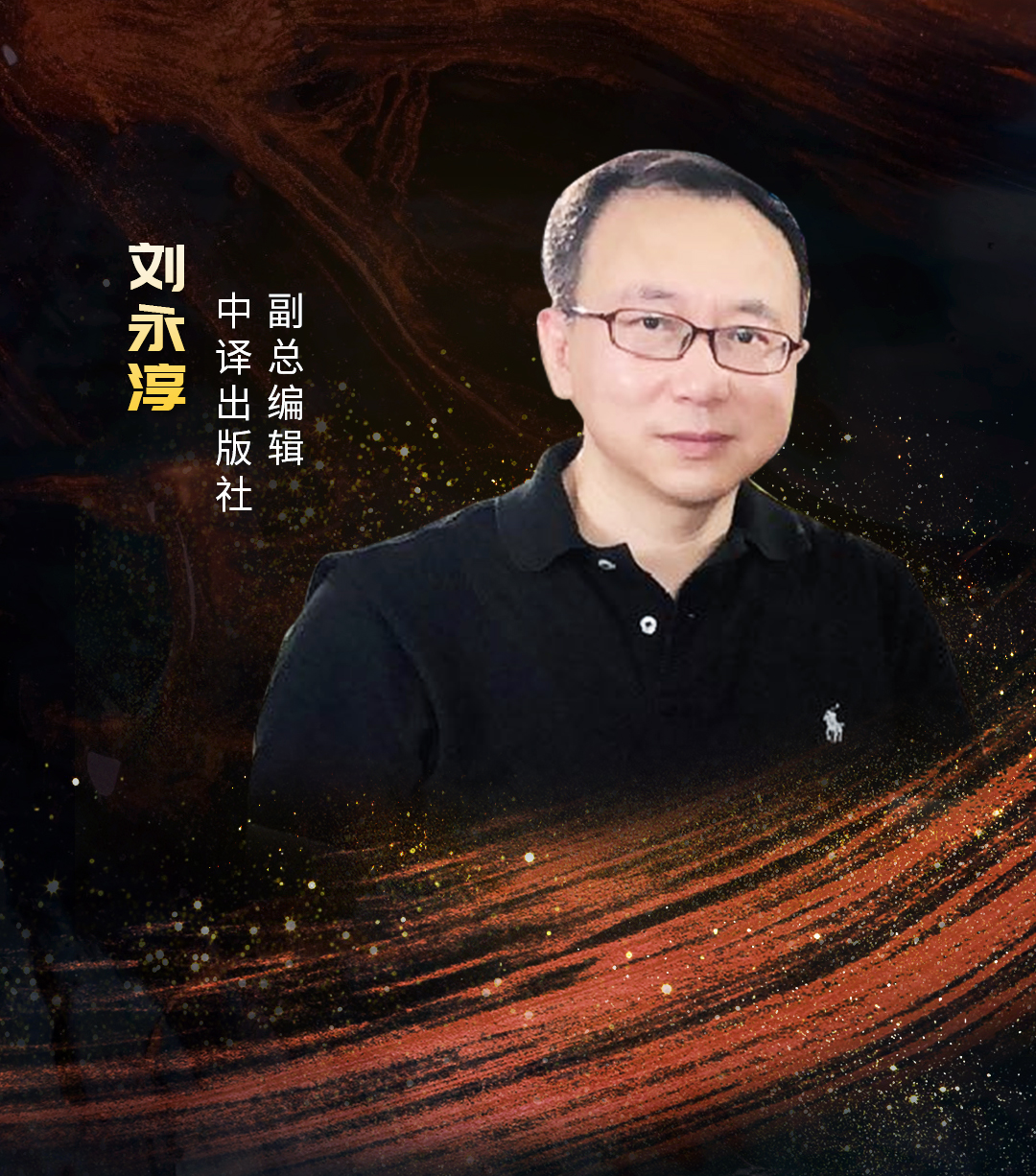 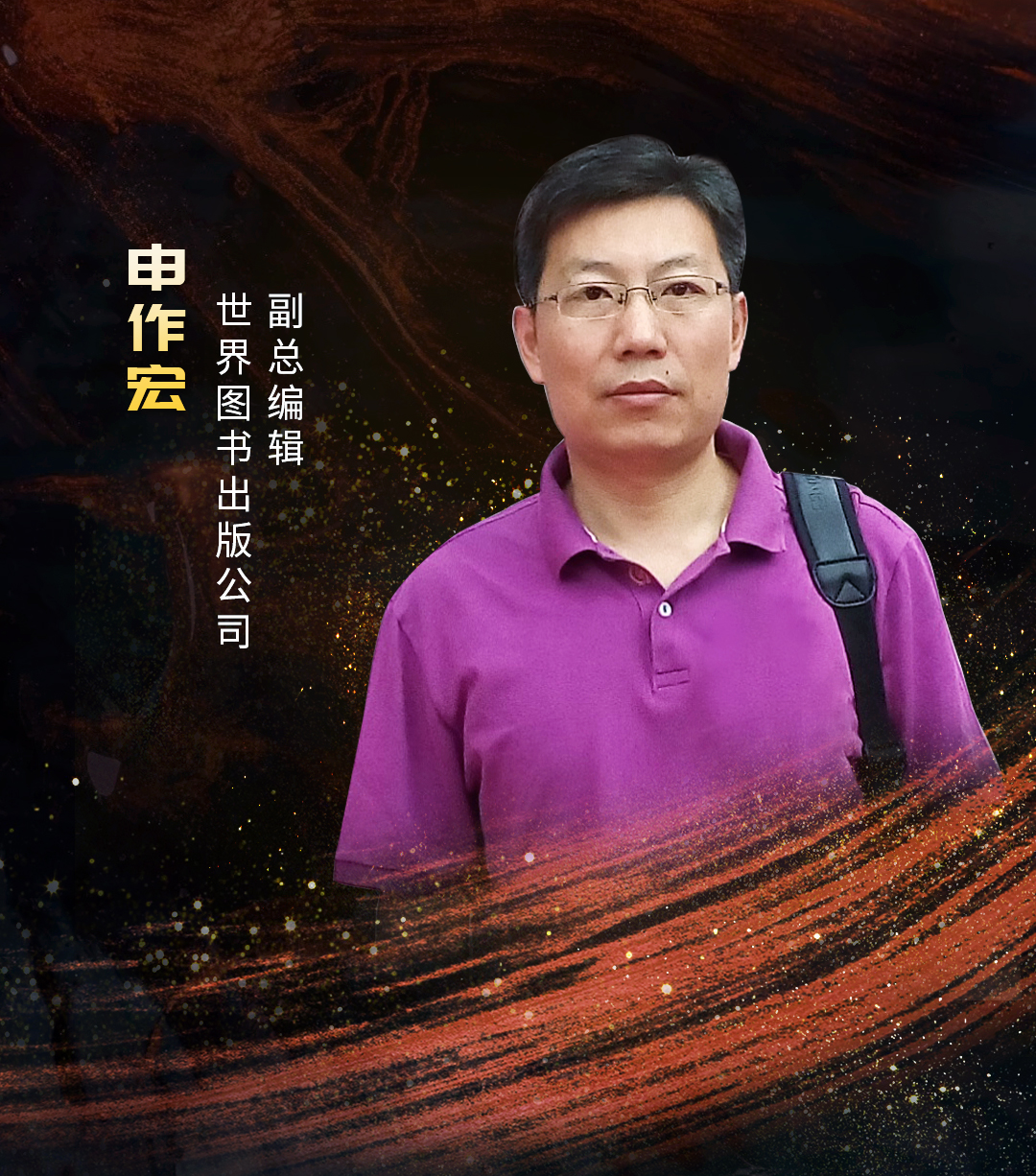 Shen Zuohong, deputy editor-in-chief of World Publishing Corporation, expressed the hope that the LBDA platform and the technological advantages of GTCOM would be leveraged to promote the development of digital publishing for the purpose of introducing the world to China and vice versa.

For the joining of the seven new members from the publishing industry, the representatives from members of the LBDA Council expressed their welcoming sentiments along with their expectations. Liu Heping, an honorary dean of the School of Translation and Interpreting, Beijing Language and Culture University; Ping Hong, a professor at the School of Interpreting & Translation Studies, Guangdong University of Foreign Studies; Lei Ngan Lin, vice president of Macao Polytechnic Institute; Hu Anjiang, dean of the College of Translation and Interpreting, Sichuan International Studies University; and Wang Zhiguo, dean of the School of Translation and Interpreting, Jilin International Studies University, as university representatives, warmly welcomed the new members. They shared their respective expectations and ideas on school-enterprise cooperation and the promotion of industry-university-research cooperation. The university representatives expressed the hope that future cooperation with publishing houses would be more targeted so as to provide relevant internships and achieve the joint cultivation of high-quality translation talent. The goal thereof would be to ensure contributions to exchanges and cooperation between China and other countries. 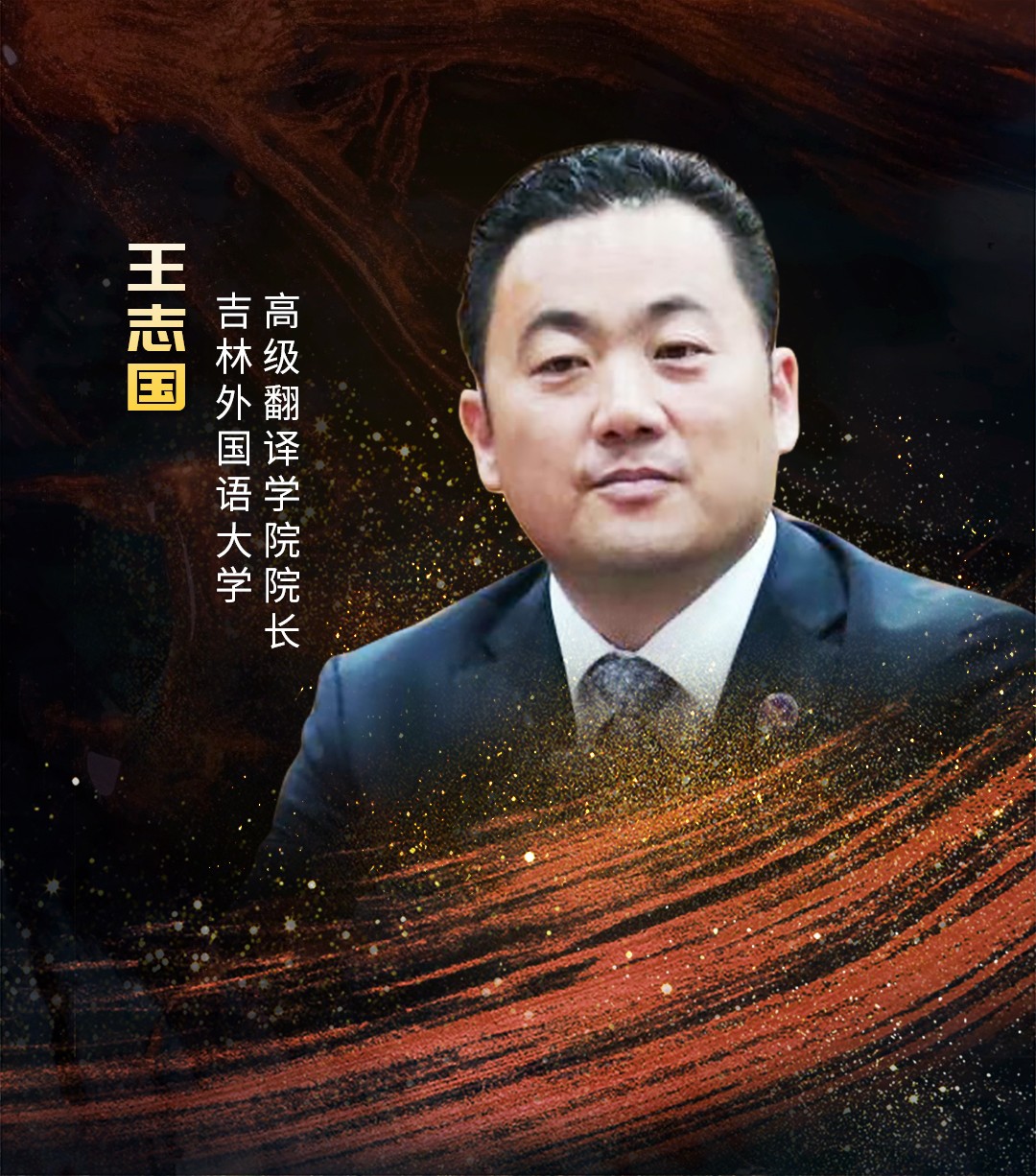 The work of the past year was summarized at the very productive meeting. Additionally, new goals were proposed and new directions were pointed out for future development; the joining of new members from the publishing industry was approved. With the development of information technologies such as big data and artificial intelligence, as well as the profound impact of the COVID-19 pandemic, the language translation service industry has ushered in new changes and challenges. As a global, multidisciplinary and multilingual scientific research and application alliance based on the platform for the openness and sharing of big-data resources, the LBDA plays a vital role in the encouragement of language universities and enterprises to embrace new technologies while empowering the industry's transformative development.