The first China Beijing International Language & Culture Expo (ILCE) opened in Beijing on September 11. Civil Affairs Minister Huang Shuxian visited the exhibition and inspected the booth of Global Tone Communication Technology Co., Ltd. (GTCOM), accompanied by CEO Eric Yu. Mr. Yu described the the YeeSight big-data technology ecosystem and the YeeCloud language-technology ecosystem, which was fully affirmed by Mr. Huang, who in turn said the Ministry of Civil Affairs would, in the future, cooperate with GTCOM in big data and artificial intelligence with respect to livelihood issues, accelerate the implementation of China's smart civil administration and encourage more people to benefit from technological development. 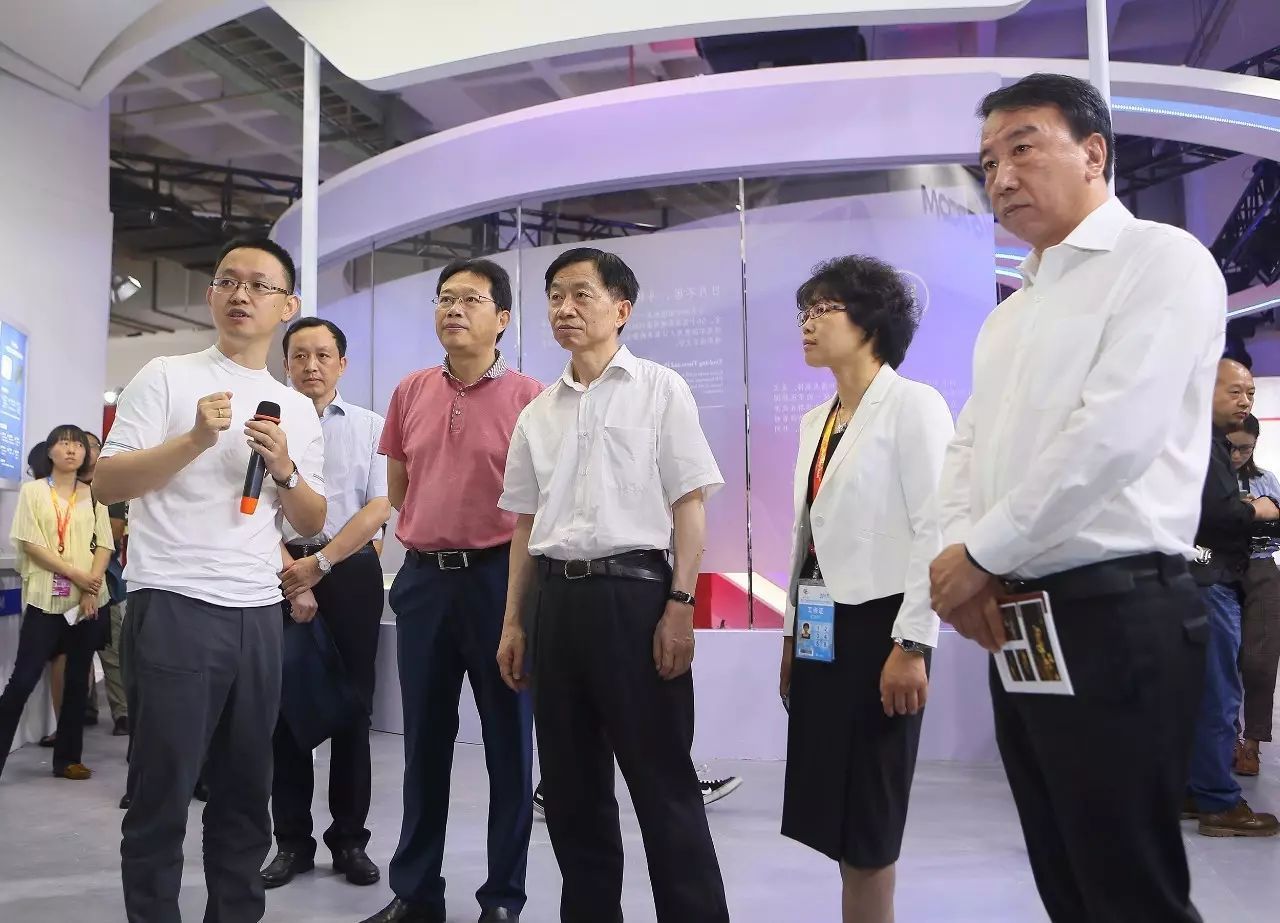 Mr. Yu introduced GTCOM's use of frontier technologies of artificial intelligence and big data to promote the level of scientific and technological information in the field of language, to accelerate the development and reform of language and culture, and to develop new ideas for the cultural diplomatic strategy. In the future, he said, GTCOM will continue to develop the concept of "smart livelihood," comprehensively promote the application of the big-data technology ecosystem in various fields, strengthen the integration of information resources, and build a complete information-technology support system for civil affairs.

GTCOM has, in the years since its founding, worked hard in the fields of machine translation, big data and artificial intelligence. In the process it has built the YeeSight big-data technology ecosystem and the YeeCloud language-technology ecosystem. It owns the world's largest mass of Internet data (texts, voices and images) updated and accumulated in real time, as well as real-time data mining and analysis technologies. GTCOM has established an in-depth layout in various vertical areas such as government, enterprises, science and technology, culture, healthcare and security, and has become a leader in big data and artificial intelligence. Additionally, GTCOM has served as a language-service provider for major events, such as it will do for the 2020 Winter Olympics.