According to the agreement, the two parties will cooperate in various forms in the aspects of content development and culture publicity, jointly promote the transmission and innovation of mainstream culture in the context of the Internet, continuously improve user acceptance, and stimulate the new development momentum for culture publicity; in terms of technical support and integrated development, both parties will promote the in-depth integration of traditional media and new media in content, channels, platforms, operations and management, provide technology-driven services and build a new-media propagation matrix as well as a comprehensive culture industry layout by taking emerging technologies such as the Internet and big data as the starting point. With regard to innovative management, both parties will fully exert their group's comprehensive resources allocation capacity, facilitate the cooperation between their subordinate enterprises in different forms, innovate the development models, and join efforts in new product R&D and market development to achieve the win-win effect of 1 + 1 > 2. 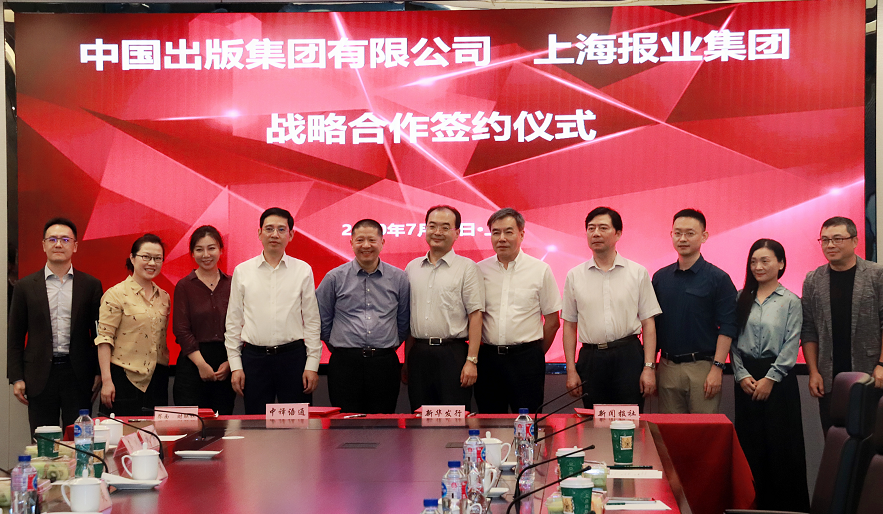 On behalf of their respective companies, Eric Yu, the general manager of China Translation Corporation and vice chairman of Global Tone Communication Technology Co., Ltd. under the Group, signed cooperation agreements for specific projects with Li Shuang, deputy secretary of the Party Committee and president of Xinhua Distribution Group under Shanghai United Media Group; Zhang Qian, executive director and president of Shanghai Wenxin Investment Co., Ltd., secretary of the Party Committee and chairman of Jiemian - Cailian Press; and Huang Qiong, secretary of the Party Committee, president and general manager of News Press, respectively. The agreements encompass cooperation in areas such as technological and cultural innovation, financial technology and urban consumption big data. The cooperation represents the first batch of collaborative enterprise projects to be engaged by the two groups. The signing of the agreement between the two parties, namely China's largest group devoted to mass-media publications and professional publishing and the country's top-ranked press group in terms of economic scale, marks the strategic consideration between the parties based on long-term development objectives and the building of an innovative mechanism for cooperation. The two parties will step up their coordinated joint development and facilitate the balanced development of short-term results and medium- to long-term objectives so as to achieve win-win results.