On June 11, 2020, Huang Song, the executive director and secretary of the CPC Committee of China Translation Corporation (CTC) as well as chairman of Global Tone Communication Technology Co., Ltd. (GTCOM), led a visit to Qingdao High-Tech Industrial Group Co., Ltd. (Gaoshi Group), where discussions were held with Wang Huanfang, secretary of the CPC Committee and chairman of Gaoshi Group, regarding the progress of the CPG Qingdao Digital Industrial Park project jointly built by the two organizations. Zhang Jingjing, the deputy general manager of CTC and chairman of the Board of Supervisors of GTCOM, Wang Chao, director of the General Manager's Office, and Wang Xiaodong, the vice president of GTCOM and general manager of GTCOM Qingdao, were present. 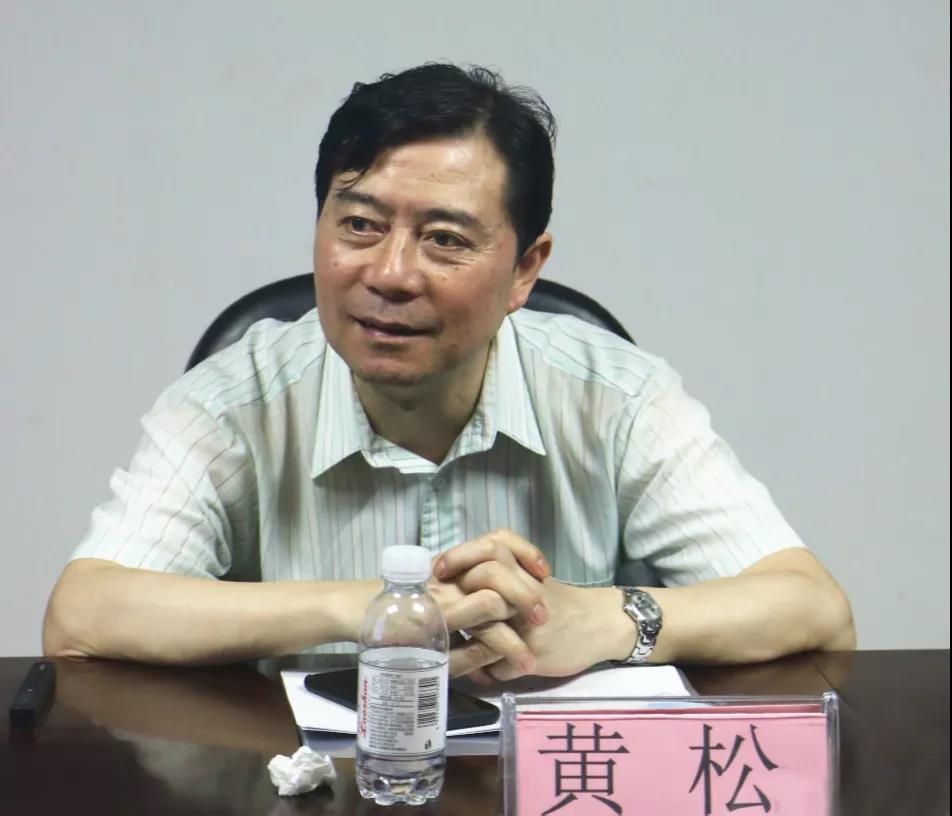 Huang Song, executive director and secretary of the CPC Committee of CTC 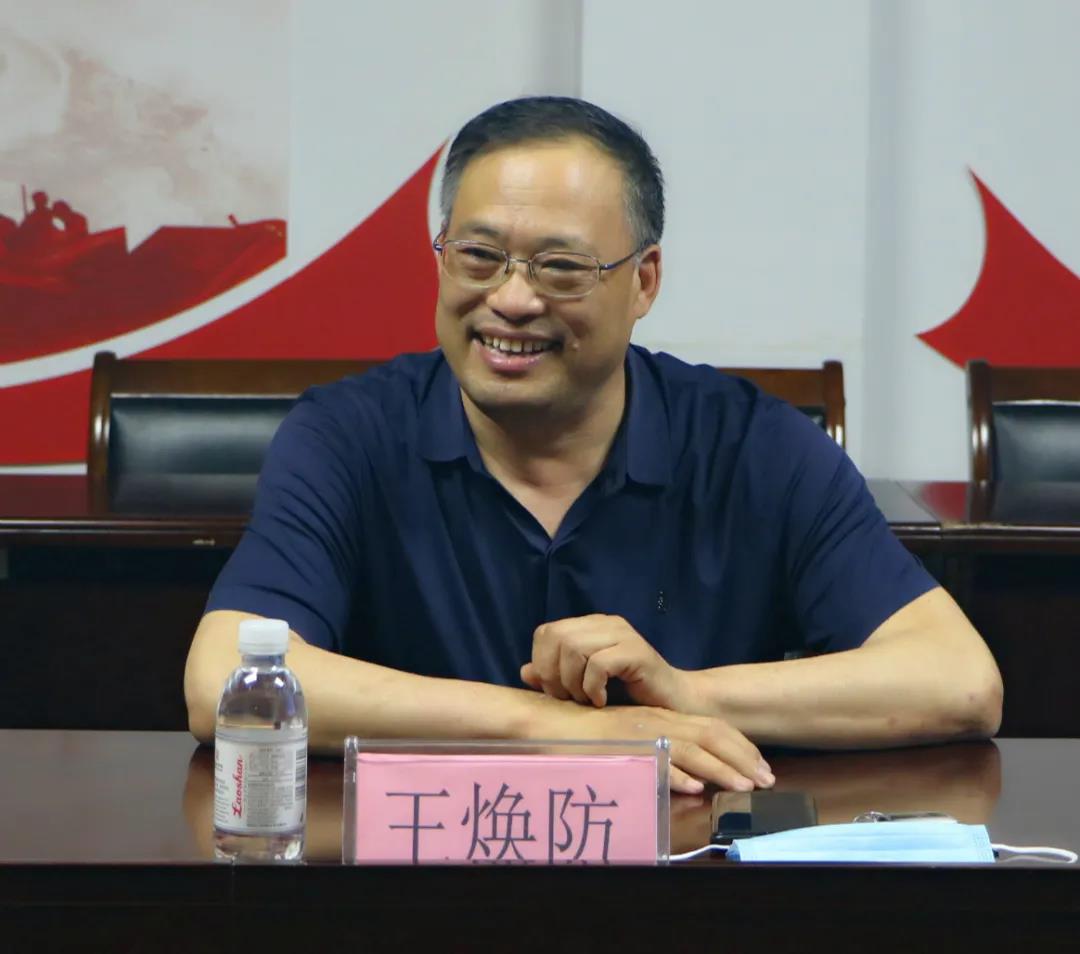 Wang Huanfang, secretary of the CPC Committee and chairman of Gaoshi Group

This project is an important part of the strategic cooperation between China Publishing Group Corporation (CPG) and the Qingdao Municipal Government and is developed and constructed by Qingdao Gaoshi-CPG Investment Co., Ltd., a joint venture established by the CPG-owned company CTC and the Gaoshi Group-owned company Qingdao Gaoshi Real Estate Co., Ltd. (Gaoshi Real Estate). The industrial park is –an integrated cluster comprising modern information technology, big data and AI--combines R&D office, commercial complex, high-end commercial building, talent apartment and other forms. It covers a total area of 54.1 mu and has a construction period of three years. The subordinate companies of Gaoshi Group and GTCOM Qingdao will enter the park upon its completion. Wang Huanfang, during the talks, expressed warm wishes to Huang Song and the various delegates. Subsequently, the responsible persons from Gaoshi Real Estate introduced the implementation of the park's construction phase. Both sides agreed that the project was progressing smoothly, so they moved on to discussions of the design scheme, the operation status of the project company and the plan for the attraction of investment in the park.

Huang Song offered congratulations on the implementation of the industrial park project and expressed sincere gratitude to Gaoshi Group for its full-hearted cooperation. He said he would actively promote the entry of big data, AI and media convergence enterprises under the CPG and the partners of GTCOM Qingdao, through which there would be a rapid breakthrough in the economic benefits of the project and a greater agglomeration effect across the sci-tech innovation sector. 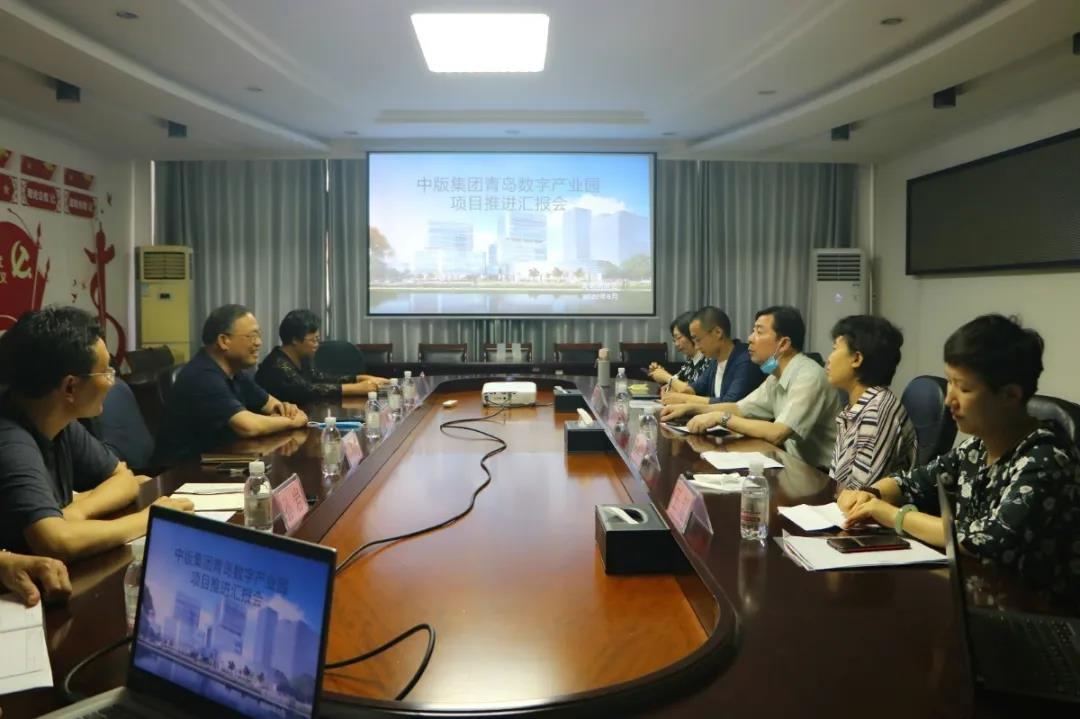 At the meeting site 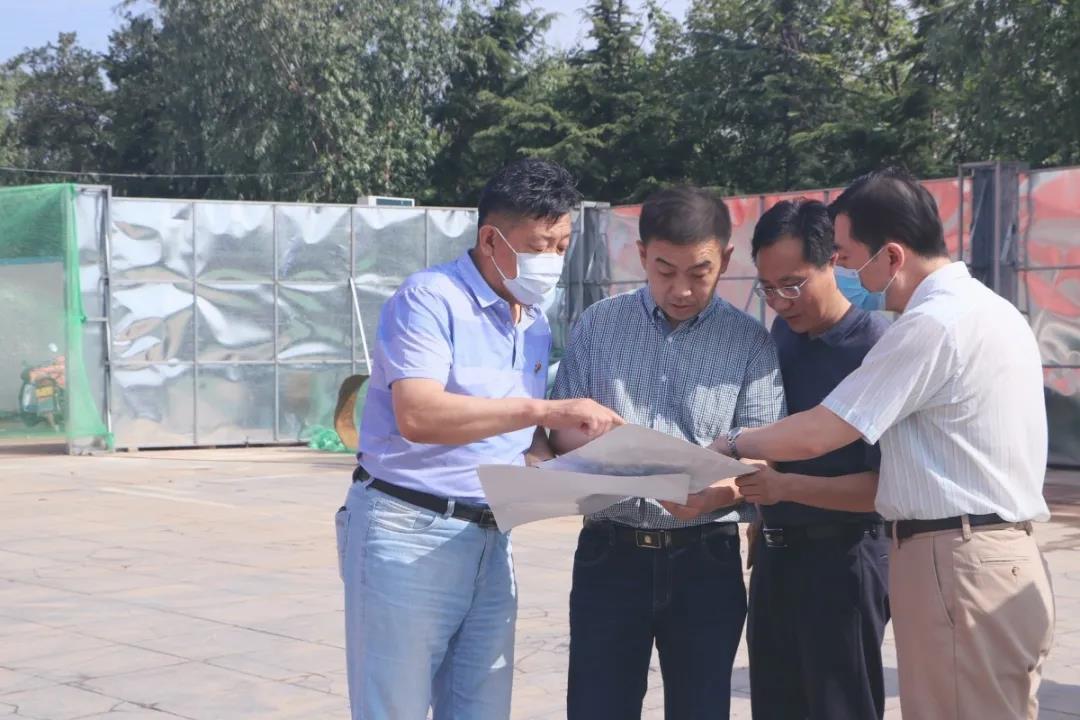 The two sides further defined the cooperation procedure and mechanism and the plan to push the project forward, i.e., to accelerate the park's construction and development by integrating the experience in real-estate project management and the group's enterprise brand and resource advantages. It is learned that Gaoshi Group is a state-owned enterprise directly under the Management Committee of Qingdao National High-Tech Industrial Development Zone, with 11 companies under its jurisdiction and holding. Annual revenue is approximately RMB 600 million. Gaoshi Real Estate, under the Gaoshi Group, has accumulated abundant experience in large real-estate projects including Dongfeng Xinyuan and Gaoshi Xincheng and government projects such as commercial service centers and cultural and sports centers. As the first translation company in China and one of almost 100 corporations under the CPG, CTC has gathered industry-leading experience in language services. GTCOM Qingdao subordinate to CTC settled down in Qingdao High-Tech Industrial Development Zone in 2014. Consequently, GTCOM Qingdao has leveraged the advanced technical capabilities in big data, AI and language technology, achieved innovations in intelligent manufacturing, natural language processing and smart cultural tourism, become a leader in Qingdao's big data and AI industry within just a few years and completed the security tasks for major events such as the Shanghai Cooperation Organization Summit in Qingdao. 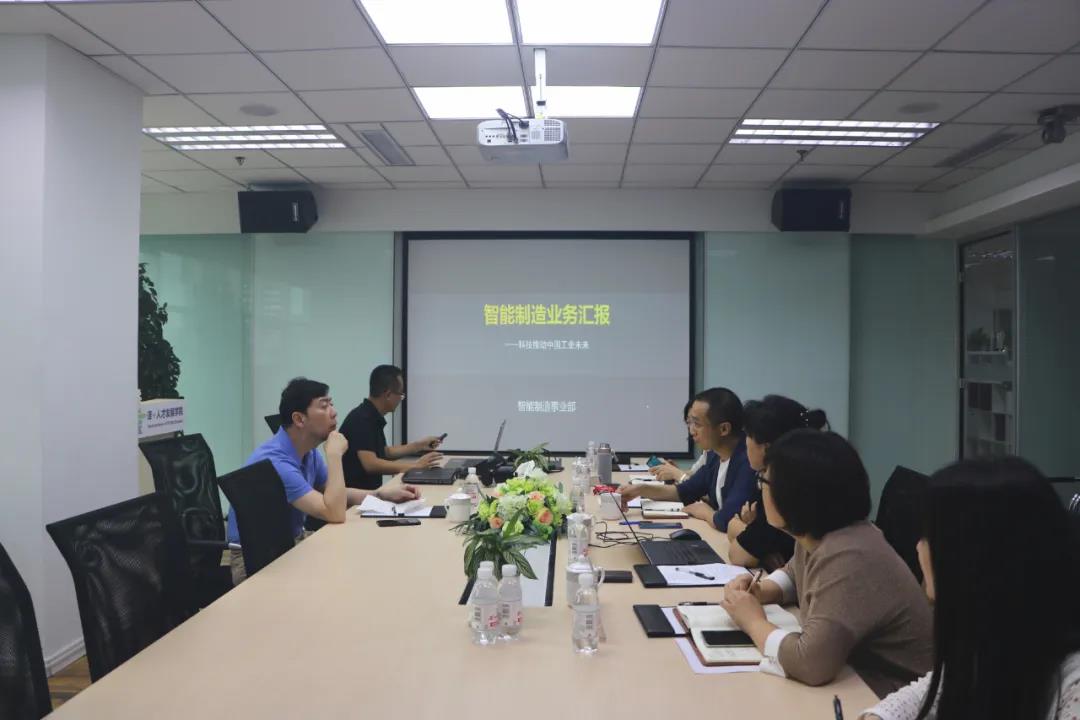 The day following the talks, Huang Song visited GTCOM Qingdao and GTCOM Digital Media and Entertainment. In GTCOM Qingdao, he got a detailed understanding of the company's development in intelligent manufacturing, smart cultural tourism, language technology and other key business lines, and gave recognition to the team R&D capabilities, business growth and product leadership. He stated that the company should position itself clearly and accurately within the market, focus on continuous income, place equal emphasis on R&D capabilities and operation capabilities, create products with standardized and unique attributes, tap more opportunities to provide value-added services and develop benchmark clients. Moreover, the company can cooperate in and employ the resources of think tanks so as to combine experts' knowledge with its technical capabilities and achieve an efficient connection with market demands. He expressed confidence that GTCOM Qingdao would create the GTCOM East China Headquarters Base in the future, given the high level of the industrial park, that it would serve industrial transformation and upgrading and cross-language communication with better products and ecological services, and that it would assist Qingdao High-Tech and Industrial Development Zone in creating a first-class innovation and entrepreneurship highland in China. 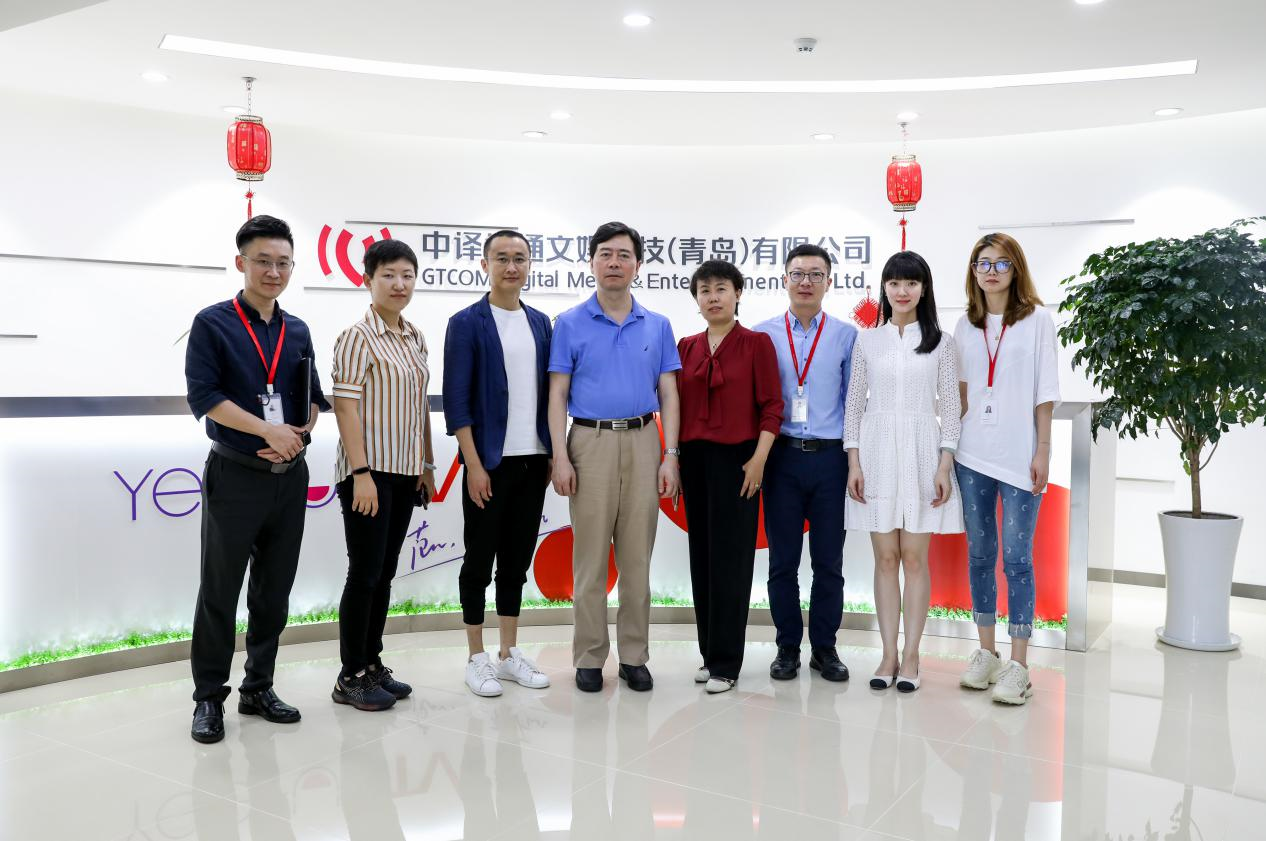 The visit to GTCOM Digital Media and Entertainment was productive as well. Huang Song listened to reports on the company's two years of development in such business sectors as copyright operation, video AI technology and short-video live webcasting. He recognized the company's adherence to video copyright and video technology as the core, giving priority to live webcasting, as well as its persistence with respect to the concept and planning of integrated development in culture and technology. Further, he expressed hope that the company would continue to grasp trends in the industry, accelerate the pace of development and create an advanced industrial base for innovation in the field of video AI.