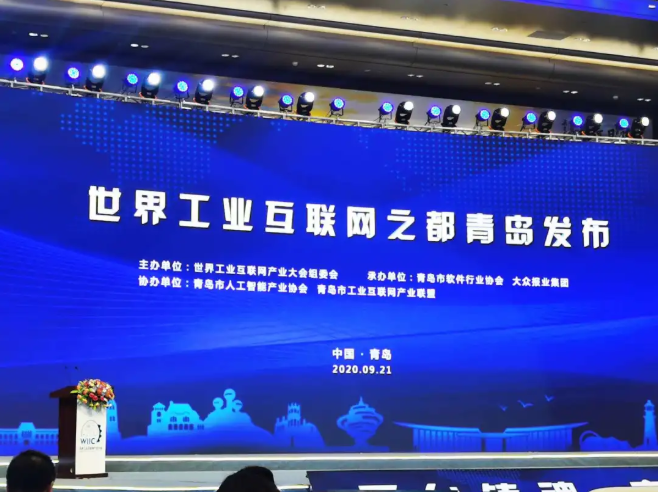 Site of the forum 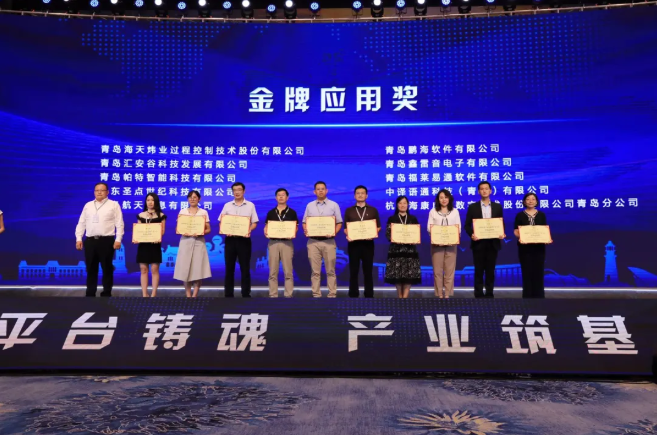 Representatives from winning enterprises receive awards on the stage

Many outstanding products and cases of industrial Internet transformation involving new models and business patterns for the era of intelligence were centrally exhibited at the "World Industrial Internet Capital Qingdao Release" portion of conference. Additionally, three prizes--"Golden Contribution," "Golden Innovation" and "Golden Application"--were presented. GTCOM Qingdao, together with 30 other enterprises such as Sangfor, 3dfocus and Hexagon Qingdao, were thus honored.

GTCOM Qingdao has, since the launch of intelligent manufacturing business in 2017, consistently focused on the creation of high-value applications for the industrial scenario in order to relieve the major pain points. As part of that effort, the award-winning AthenaPlat (Athena Industrial Internet Platform) is the company's core product. AthenaPlat has successfully empowered textiles, environmental protection, the petrochemical industry, machining, rail transit and other segments, and won several awards for the company, including the "2018 Excellent Solution Provider for Integration of Informatization and Industrialization of Shandong," the "Key Big Data Enterprise of Qingdao City" and the "Excellent Big Data Case of Qingdao City," successively receiving the attention of top media venues such as the Qingdao Daily, the Dazhong Daily and www.qingdaonews.com. Thus, GTCOM Qingdao will continuously participate in the building of Qingdao into the world's industrial Internet capital, further improve its product layout, build an "intelligent manufacturing" ecosystem that covers the entire industry chain so as to interconnect all links in the value chain and industry chain while continuously optimizing the economic structure.